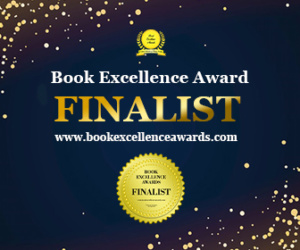 The Man Behind the Marathons: How Ron Calhoun Helped Terry Fox and Other Heroes Make Millions for Charity

Three score years ago less six, my seventeen-year-old’s world slid off its axis one November afternoon in French class. Part way through a group recitation of je suis, tu es, il est, elle est, the intercom crackled to life and the voice of Mr. Ferguson–the principal we students called Chrome Dome!–came into our class and our lives. President Kennedy had been shot in Dallas, Texas. It happened thousands of miles from where we sat in Woodstock, Ontario but I still remember the gasps, the sniffles, the outright bawling and one girlfriend dashing from the room, her blond hair flying across her red face and wet eyes as she grabbed the door handle, yanked it open, and fled.

As though that would help.

There was no more French that day. The final bell rang and students rushed to lockers, to coats, to buses, and home. Mom had the TV on. In a silence not normally found in my large family we sat side by side on the gold leather couch, for once not shoving our siblings for more room, as Jackie Kennedy stood on the plane beside Lyndon Johnson while the hastily located judge administered the oath of office making him officially the new president. We watched Jack Ruby shoot Lee Harvey Oswald dead right at the police station and we saw over and over the scene surrounding the Texas Book Depository from whence the assassination shot reportedly came. The video of Mrs. Kennedy crawling over the trunk of the car, the secret service men striving to protect the bloodied president, the sirens wailing as the motorcade roared off to the hospital, and the shock and fear of every bystander, all of these scenes are as vivid today as I write this as they were on our black and white TV that horrific day.

Here is a video encapsulating many of those events shared by the world which, still today, makes me cry. Wait especially for the words at the very end. They are words we who lived through that unheard of event have echoed ourselves all these fifty-four years since. Here is the Smithsonian Channel’s excellent video.

President Kennedy’s death was the beginning of a changed world. Five years later Robert Kennedy was assassinated and Martin Luther King Jr., too. It seemed the good guys were losing whole acres of ground to the bad guys. That was the world in which I came of age.

Today I write of a history long before those events in the sixties and I’m sure people living then many times felt just as shocked and bereaved as I did in the nineteen sixties. It does seem to me now, though, that the bad things are more expected and have gotten worse. As we mark the fifty-fourth anniversary of that day in 1963, let us still strive to look for, to nourish, and to give birth ourselves to the good that I know is out there.

What is your story of that day when Camelot came crashing down?

“Elaine, I enjoyed reading your story about growing up in Oxford County. (My Story, My Song) As I read along  I kept saying to myself …yes, I remember that. I knew/ know some of the people you mentioned as well. Your river story reminded me of our three season farm ponds which were so massive we felt sorry for the poor kids in town who had to skate in a circle and could only change direction when the whistle blew. I was not impressed with that when I first skated in an arena and yes I also started out with second hand  black skates.” Bernice

“Elaine, I just finished your book, The Loyalist’s Daughter. It was a great read and is hard to imagine how someone can put together such a book. Well done!”
Terry and Sally

“We both loved The Loyalist’s Daughter.  So happy we have a ‘signed’ copy.  Thanks for doing that.” Carol and Dennis.

“What a remarkable book!  I just finished yesterday….It is one of those books that, at the end of each chapter, the urge is to ‘just read one more chapter’ before turning out the light….I had no idea what is involved in organizing such a fund raising venture and ventures across Canada and you explained it so well….[This] book that you wrote on his life and huge contributions needed to be written….Thanks for putting your writing skills to work into the life of Ron Calhoun.” John Snoddy

“Just finished your first book in your Loyalist trilogy – really, really enjoyed it. Those folks sure were hardy types in those days – I don’t think I could even survive a walk to the outhouse – hahaha. Looking forward to reading the next one.” Lisa Hutchison

“I loved the book. [The Man Behind the Marathons] So glad for the way you set it up. It kept me reading.  And then the section on Ron came just as I was about headed to Google to see what led Ron to be the guy he was. The quality of the paper was a real asset.  Top quality for a top quality story about a top quality guy. Congratulations.  I felt your heart in every page. Thanks for letting me have an early look at the book.  Very cherished.”     Sue Hilborn

“Just finished your book. [The Man Behind the Marathons] It is great – so many interesting things about Terry and Steve (whom I had forgotten about). Ron’s story is, if possible, even more interesting. I can see why you were drawn into his life as a suitable subject for your first nonfiction. I did wonder how Ron’s one set of clothes washed by his mother every night were dry for school the next morning . . . and which race your ‘young daughter’ beat you in.” Wayne C.

“Just finished all three and enjoyed the stories as they were woven into the history of that area. Congratulations!” Lorrie Miller on Facebook, reacting to The Loyalist Legacy‘s Chill With a Book Award.

“It was a pleasure to be at the LWS meeting last night. Great information shared. Love your books and writing style. I will give them as gifts. They bring this time in history to life in a way that one will never forget. Thank you!” Rosemary

“Elaine Cougler has written a page-turning novel of the American Revolution through the eyes of a conflicted loyalist soldier and his indomitable wife. You’ll feel the hardship of homesteading, the fear of the enemy, the blows of battle, and the pain of separation. You’ll be transported through history. This is not just a novel written about another time, it seems written in another time.” Terry Fallis, author of The Best Laid Plans, Stephen Leacock medal winner

“I bought all three books at Probus club meeting in London. I loved the stories. I am now a student reading more about the war of 1812. Thank you for your stories. Love your writing style.” Gwen Moore

“I was delighted with the way you handled the Norwich Rebellion in the last Loyalist book, Elaine, and have heard many positive comments about it.” Marie A.

“I’m an impatient reader. If my interest isn’t piqued right from the get-go, I simply don’t continue reading the book. Both of the Loyalist books drew me in immediately!” Elaine B

“The Loyalist’s Luck is one of the best sequels I’ve read in a long time. It picks up right where The Loyalist’s Wife left off and takes the reader to Canada with a group of Loyalists escaping the American Revolution.” Denise F